One of the most beautiful Victorian Castles in England is set in Newbury, Hampshire and is the setting for a very popular TV programme called Downton Abbey. 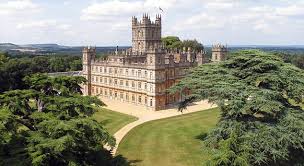 Highclere Castle was owned by the Carnarvon family, long term friends of Julian Fellowes, who wrote Downton Abbey. He had Highclere in mind when he wrote about the Crawley family and their waiting staff, commenting that he wanted a house which spectacularly testified to the confidence and soaring optimism of the Edwardian period.

The castle is set amidst 1,000 acres of parkland and is owned by the Carnarvon family has lived at Highclere since 1679, and the current Castle stands on the site of an earlier house, which in turn was built on the foundations of the medieval palace owned by the Bishops of Winchester for some 800 years.

Highclere Castle has become incredibly well known as one of England’s finest historic houses, but the landscape in which it sits is renowned for its beauty and is well worth exploring. The estate is situated in varied topography and lies within an Area of Outstanding Natural Beauty. Farming and forestry have always been important part of the estate.

Within the house there are 11 bedrooms on the first floor, some of which are available to be viewed when you visit. The opulent Stanhope bedroom is decorated in rich red, recalling its decoration for the visit of the Prince of Wales in December 1895.

The Arundel bedroom and its dressing room were used as an Operating Theatre and Recovery Room respectively during the First World War, when Almina, the 5th Countess, (with Lord Kitchener’s blessing) turned the Castle into a military hospital, heading the nursing staff herself. Mercia bedroom is noted for the charming four-poster bed decorated with 18th century silks and matching furniture.

In the downstairs part of the house is the stone staircase which is behind the green baize door leading from the Saloon. This winds up three floors and down to what were the old staff dining rooms, the cellars, sitting rooms, utility areas and kitchens.

One hundred years ago perhaps 60 members of staff were living in and around the Castle, so it was a big operation with a House Steward, butlers, footmen, housekeepers, maids, kitchen staff and hall and steward room boys.

Quite a few of the bedrooms are used for the filming of Downton Abbey. 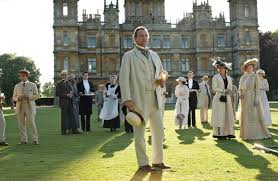 Admission into the Castle, Exhibition and Gardens is £20.00 for an adult and £12.50 for a child, which is a fantastic price for an attraction you can explore all day.

For those of you interested in the First World War, you can visit Highclere on Sunday 03rd August 2014 to commemorate the 100th anniversary to help raise money for numerous armed forces charities and humanitarian causes.

With a variety of musical performances and aerial displays from the Red Devils, the DE Havilland Tiger 9, Spitfire, Mustang, B17, Lynx Helicopter and the Great War Team. With vintage fairground rides, hot air balloons, assault courses and many more. Just relax and enjoy the entertainment and atmosphere. Tickets can be purchased from the Highclere site from the link below. 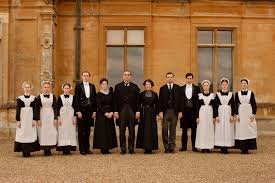